"In recent years, concerns have arisen over whether attorneys have failed to exercise due diligence in ensuring their clients are not engaged in money laundering. Those concerns escalate when the money laundering may be tied to the financing of terrorism-related activities.

The Financial Action Task Force, an international entity that coordinates efforts to prevent money laundering and terrorism globally, has raised awareness of the issue and called for more stringent regulation.

The American Bar Association has responded to these concerns by looking into changing the Model Rules of Professional Conduct to increase the obligations of attorneys to exercise due diligence when dealing with clients who engage in conduct or activities that should give rise to suspicions of fraudulent or criminal activity.

“The calls to impose some form of anti-money laundering obligations on at least portions of the U.S. legal industry have grown over the years—as reflected, most recently, by the proposed ENABLERS Act, which in part is broadly directed against lawyers,” says Philadelphia-based attorney Peter Hardy, who has blogged on these issues. “Of course, one approach taken by any industry which is aware that it may become subject to increased regulation is to respond that the industry is best-served through self-policing—and that argument can be enhanced through more robust industry guidelines. So it’s not surprising that the ABA is having a conversation about these issues now.”

Ethics expert Leslie Levin, a professor at the University of Connecticut School of Law, notes that “the ABA has fought for years to avoid having U.S. lawyers saddled with disclosure obligations that FATF would like to see imposed.” It appears, she adds, that “the FATF continues to question the efficacy of the formal opinions and the ABA’s voluntary guidance, and that the Treasury Department also wants the ABA to create, at a minimum, an enforceable due diligence obligation.” 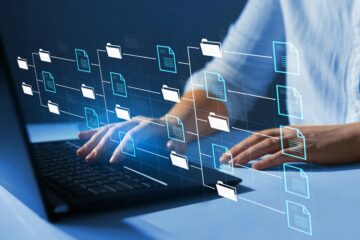