"In 1852, just days before the U.S. Supreme Court announced its opinion in a case about the removal of a bridge over the Ohio River between Pennsylvania and Virginia, the New York Tribune published a scoop.

The newspaper said Justice John McLean would write for the majority in Pennsylvania v. Wheeling and Belmont Bridge Co. that the bridge could be removed because it interfered with interstate commerce. Ten days later, the Tribune was proved correct.

Congress passed a law preserving the bridge, but a windstorm destroyed it. The bridge company ignored an injunction and began rebuilding the bridge, until the case again came before the high court. The Tribune again had a scoop, this time that the federal statute would be upheld. Again, the newspaper was right.

Historians suspect the source of the leak was McLean, who also was believed to be the source for the Tribune’s running account of the court’s deliberations in the landmark Dred Scott v. Sandford case, holding that people of African descent, whether enslaved or free, were not U.S. citizens and therefore could not sue in federal court.

Those episodes exhibit that the leak this week of a draft majority opinion in a major abortion case is not as unparalleled as some commentators have suggested, University of Georgia media law professor Jonathan Peters says.

Supreme Court leaks are rare but not unprecedented, he says, citing some well-documented disclosures involving soon-to-be released opinions or books that pulled back the velvet curtain on the justices and their workplace, such as 1979’s The Brethren by reporters Bob Woodward and Scott Armstrong or 1998’s Closed Chambers by former Justice Harry A. Blackmun law clerk Edward Lazarus.

But the leak of a draft majority opinion in a pending case is “staggering,” Peters says via email. “It’s the most significant leak in the Supreme Court’s history, not only because of the draft’s release but also because of the current political moment (charged as it is) and the personal and social consequences of the decision itself.”

“Devon Simmons, co-founder and project director of a new program helping those with past convictions find work as paralegals and other jobs in the legal profession, says there’s a wealth of untapped legal talent among Read more… 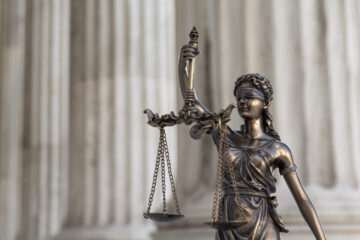 “In an amicus brief filed Monday, the ABA urged the U.S. Supreme Court to reaffirm that counsel representing habeas petitioners should be able to investigate new evidence without first proving that the evidence will provide Read more…