"Devon Simmons, co-founder and project director of a new program helping those with past convictions find work as paralegals and other jobs in the legal profession, says there’s a wealth of untapped legal talent among formerly incarcerated people.

Simmons was convicted of first- and second-degree assault and criminal possession of a firearm after he shot another man when he was just 17. He still remembers what it felt like to thumb through his court transcripts, go to the prison law library and file his own petitions as he fought his case.

Simmons emerged from prison 15 years later. By that time, he was a product of the John Jay College of Criminal Justice’s Prison-to-College Pipeline program and later graduated with a bachelor’s degree in criminal justice. For his work on criminal justice reform, he was named a 2017 David Rockefeller Fund Fellow, a 2019 Soros Justice Fellow, a Senior Atlantic Fellow, and he is a former founding member of the Canary Impact Fund, a group that funds organizations and initiatives working to reduce the rate of imprisonment.

“Once I came home, I would constantly see people unemployed who I had sat in the law library with,” Simmons says. “These individuals have legal expertise, but they’re not given the opportunity to utilize it. What if I could create a platform in which I could make that happen?”

Fast-forward to 2022. The Paralegal Pathways Initiative, which Simmons co-created with law student Meg Gould, officially launched this year at the Center for Institutional and Social Change at Columbia Law School in New York.

The 14-week program began in the spring term and has seven participants. It teaches them to build on the legal skills they learned in prison, including legal ethics, tech and interview skills. The goal is to place graduates of the program in jobs or one-year paid fellowships at public defense groups such as the Bronx Defenders and the Neighborhood Defender Service. Though some may pursue positions as paralegals, Simmons says the wider aim of the program is to get them other jobs in the legal field or help them go to law school.

In 2008, the unemployment rate among formerly incarcerated people was 27.3% compared to 5.8% in the general population, according to the Prison Policy Initiative, relying on the most recent available data.

If they do find work, many former prisoners take low-paying menial jobs, Simmons says. He hopes the program will lower the barriers to well-paid work." 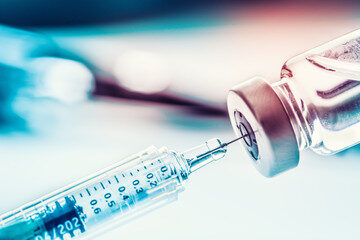