Published by Administrator on August 26, 2022

“The U.S. Court of Appeals for the Federal Circuit has ruled that an artificial intelligence system can’t get a patent for two of its new inventions—a food container and a light beacon.

The Federal Circuit ruled Aug. 5 that only humans can get a patent, report Reuters and Bloomberg Law.

The court based its decision on the wording of the U.S. Patent Act, which defines “inventor” as “the individual or, if a joint invention, the individuals collectively who invented or discovered the subject matter of the invention.”

Although the Patent Act doesn’t define the word “individual,” the U.S. Supreme Court has held that the word “individual” in statutes refers to humans unless there is some indication that Congress intended a contrary meaning, the Federal Circuit said.

“Statutes are often open to multiple reasonable readings,” the Federal Circuit said. “Not so here. This is a case in which the question of statutory interpretation begins and ends with the plain meaning of the text. …

“Here, Congress has determined that only a natural person can be an inventor, so AI cannot be.”

The court added that it was not deciding whether inventions made by human beings with the assistance of AI are eligible for patents.”

“This article was originally posted in the ABA Journal. 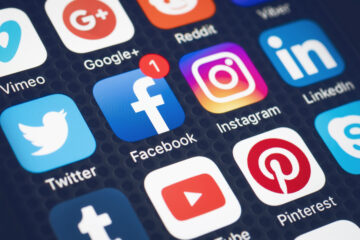